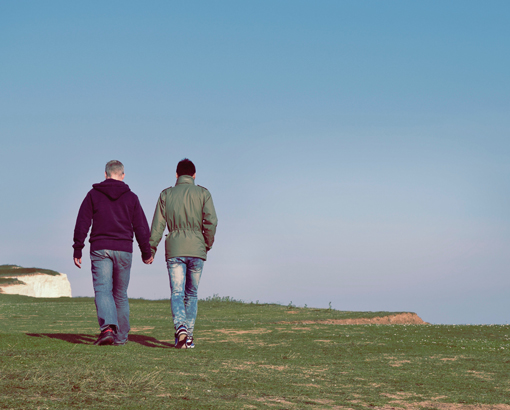 As we all know, where there is marriage, there is divorce. At least, that is the case in modern times. But now with the decision of the Supreme Court case Obergefell v. Hodges, the court has ruled that states cannot ban same-sex marriage, and the subject of same-sex divorce is now more relevant than ever, creating many new questions, especially concerning divorce and how the courts will treat same-sex divorce.

Maryland was actually the first state to ban same-sex marriage in the U.S. back in 1973, but exactly 40 years later, on January 1st, 2013, it was legalized in this state. Before the Obergefell v. Hodges case, divorce was a bit more complicated for same-sex couples. If they moved to a state where same-sex marriage was not legalized, they often could not get a divorce.

But with the changed law, anti-discrimination laws won’t allow same-sex couples to be treated differently from a legal standpoint. This means that a same-sex couple living in Maryland is entitled to the same divorce rights as any other married couple in the state. They can get a mutual consent divorce, can avoid the waiting period if they are filing for a divorce on the grounds of adultery, and experience the same benefits and setbacks as other married couples following laws of Maryland. But this equality under national law doesn’t mean that the divorce process for same-sex couples is identical to the process for opposite-sex couples.

One of the most important, but highly overlooked subjects with same-sex divorce is custody. Due to the fact that many same-sex couples adopt children or use surrogates and sperm donors, in a same-sex divorce case, custody can become complex. The biggest issues usually take shape when evaluating who has legal rights over the child. In Maryland, if both parents have legal rights, then the custody case is treated as any other case would be treated, where custody is evaluated based on the child’s well-being. With things like adoption and surrogacy, both parents are seen as having legal rights if:

But, if this isn’t the case, and only one person in the couple has parental rights, then the second one will have to fight for partial custody or visitation. Due to a law change in Maryland, parents who have raised children, but have no biological or adoptive relationship with them, can now be recognized as their legal parents. This is done through a four-part test to see if they have taken all responsibilities as a parent. Nevertheless, Maryland law is still catching up to create full equality in certain situations. Due to the complexity of these cases, the courts have little to no precedent to base their decisions on, slowing the process overall.

Another highly overlooked subject that the national law change will affect is estate planning and marital property. Many same-sex couples have been together for years, and even if they live in Maryland, a state that has legalized same-sex marriage, they may have held off on getting married simply because it wasn’t nationally recognized. This delay is a lot more common with same-sex couples, simply because of the laws. When you factor in that extra time, it is more likely these couples acquired new property like houses, cars, or investments, all things that would be considered marital property in Maryland, and all things that would need to be split up if they got a divorce. This raises the importance of getting a lawyer on your side who is experienced and has a background in finance (like Shah & Kishore) for a divorce that has significant amounts of property that will need to be split.

If you have any questions on same-sex divorce or would like Shah & Kishore’s assistance on divorce in general, please contact us. We would be happy to help.