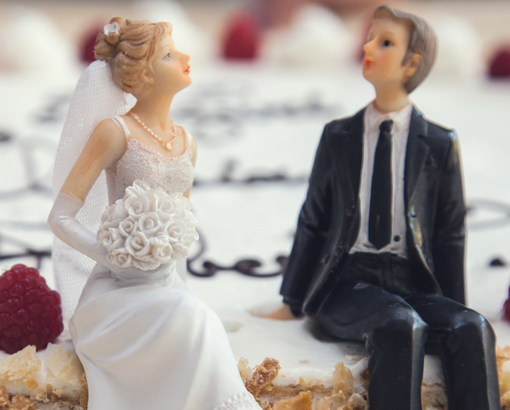 The election of President Trump has made immigration one of the hottest topics in the media, with many non-citizens suddenly unsure about the security of their residency in this country. Some are even hesitant to travel outside the country, fearing they may not be able to re-enter on their return. With deportation on the minds of immigrants, many are left wondering what their options may be to secure their presence in the U.S. – and some, I’m sure, have considered green card marriage as an option.

“Green card marriage” is a marriage between a U.S. citizen and an immigrant for the sole purpose of obtaining a green card for the non-citizen. Marrying a U.S. citizen and gaining eligibility for a green card through this process it not illegal in itself, but crafting a fake relationship for that purpose is considered “marriage fraud,” which is a federal offense. Offenders also put themselves at risk of being charged with visa fraud, harboring an alien, and conspiracy. These offenses can result in a large fine of up to $250,000, up to 5 years of jail time for the U.S. resident, and deportation for the non-resident.

When a green card is granted based on the status of marriage, it comes with a conditional permanent residency, which is a valid green card for 2 years. Once the two-year conditional period is coming to a close, the immigrant can then apply to have the condition removed and obtain a permanent green card.

But what if the U.S. citizen (or even the non-citizen) wants out of the marriage early? How does that affect the immigrant’s ability to gain non-conditional residency or even citizenship in the U.S.? If a divorce occurs before the 2-year period is up, then the immigrant will have to apply for waiver whereby the immigrant will have to evidence that the couple had a bonafide marriage. The Immigrant will only be able to stay if it is approved. Evidence of a bonafide marriage would include documents regarding joint residence, comingling of assets, photographs of the couple etc. A divorce attorney can often utilize the discovery process to help obtain these documents.

But what if the scenario is a bit different? If a U.S. citizen is tricked into marriage so that a non-citizen can get a green card and get residence, how do they go about getting out of this situation? In this case, the U.S. citizen should file for a divorce, or an annulment on the grounds of fraud. This process can become complicated, so getting help from a lawyer would be wise. If the ill intentions are revealed early enough in the marriage (within the first 2 years) and there are no children, then getting an annulment is easier. But if the U.S. citizen was deceived, then it could be difficult to convince the spouse to freely participate in the annulment or divorce process. If the divorce or annulment is successful, this would likely result in the non-citizen getting their green card revoked.

Green card marriage as a whole can be a very complicated subject, but that is also why so many people are interested in it, and why there have been successful movies about it. A vast number of stories can result from it, ranging from understandable to unbelievable, but at the end of the day it is a marriage, and should be treated as one. If you have any questions about green card marriage, or even divorce or annulment on the grounds of fraud, please do not hesitate to contact us, and if you have questions about green cards in particular, please contact our Immigration division.